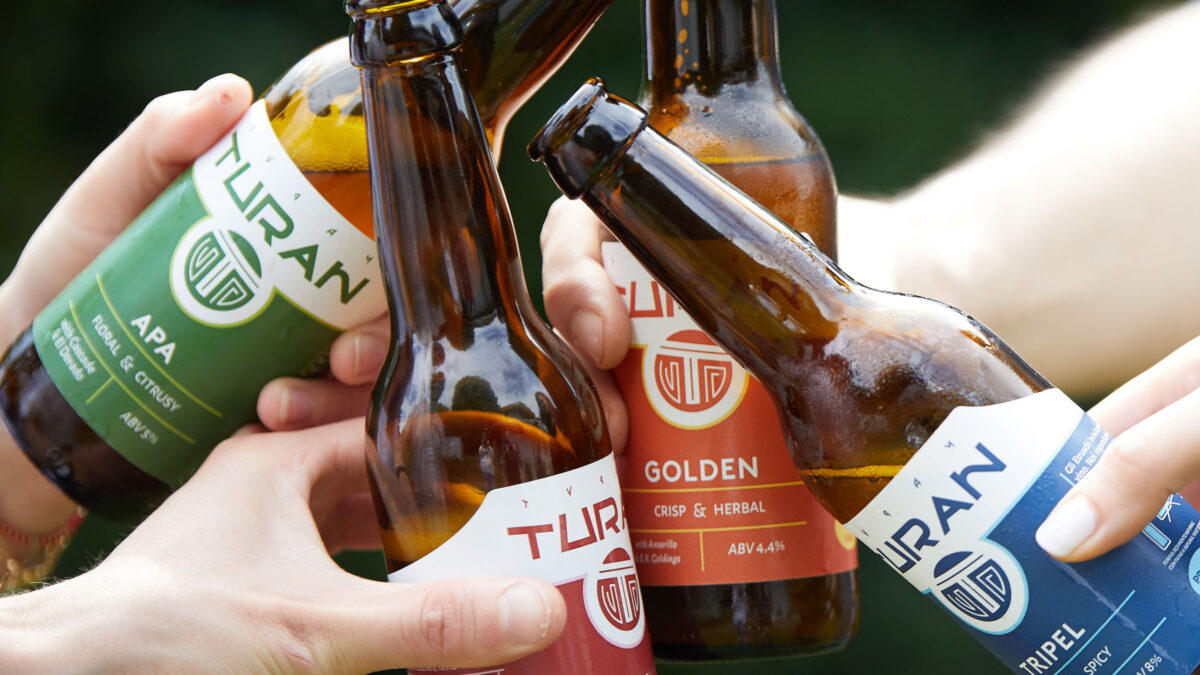 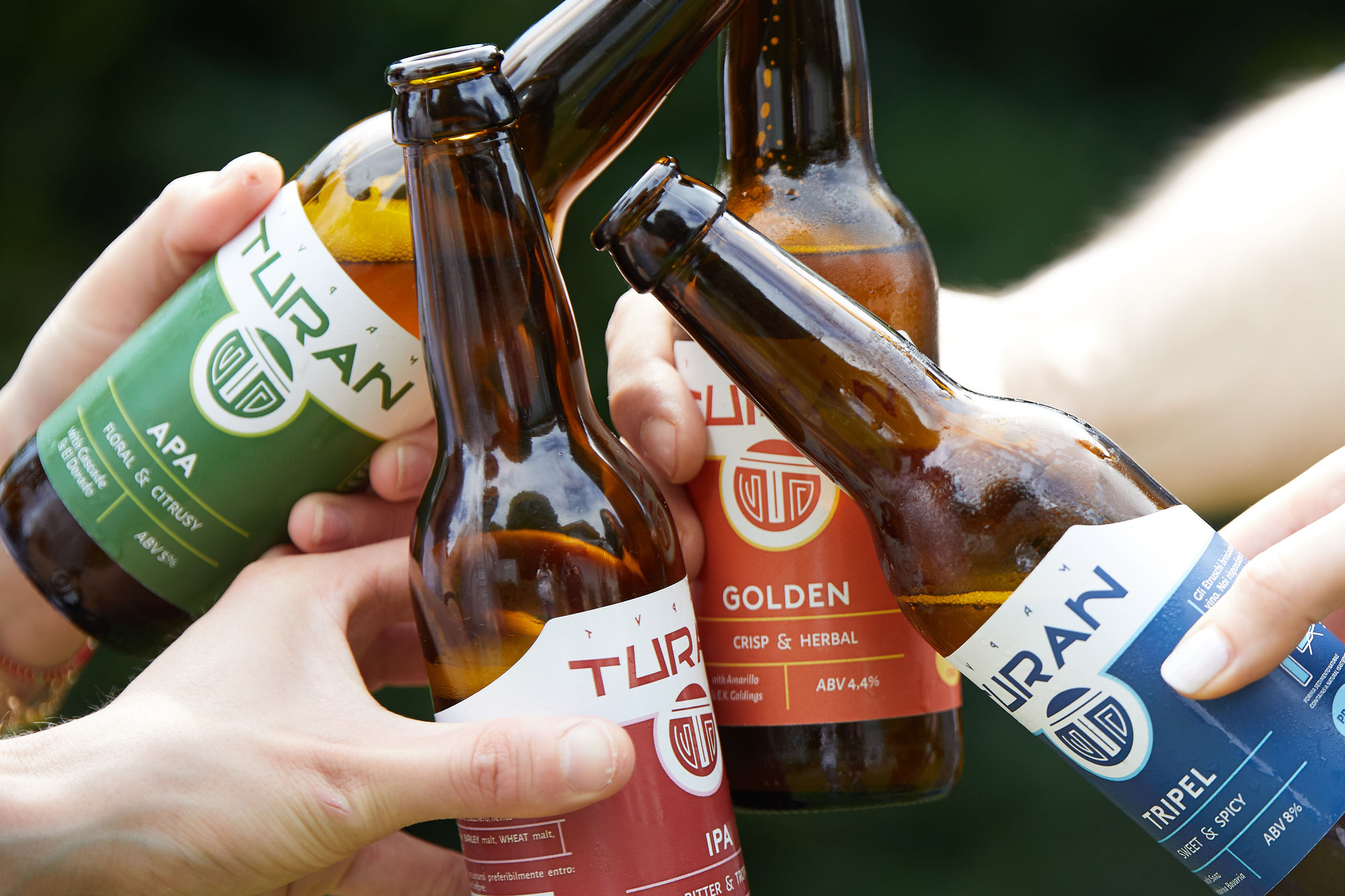 Championing the local heritage and community 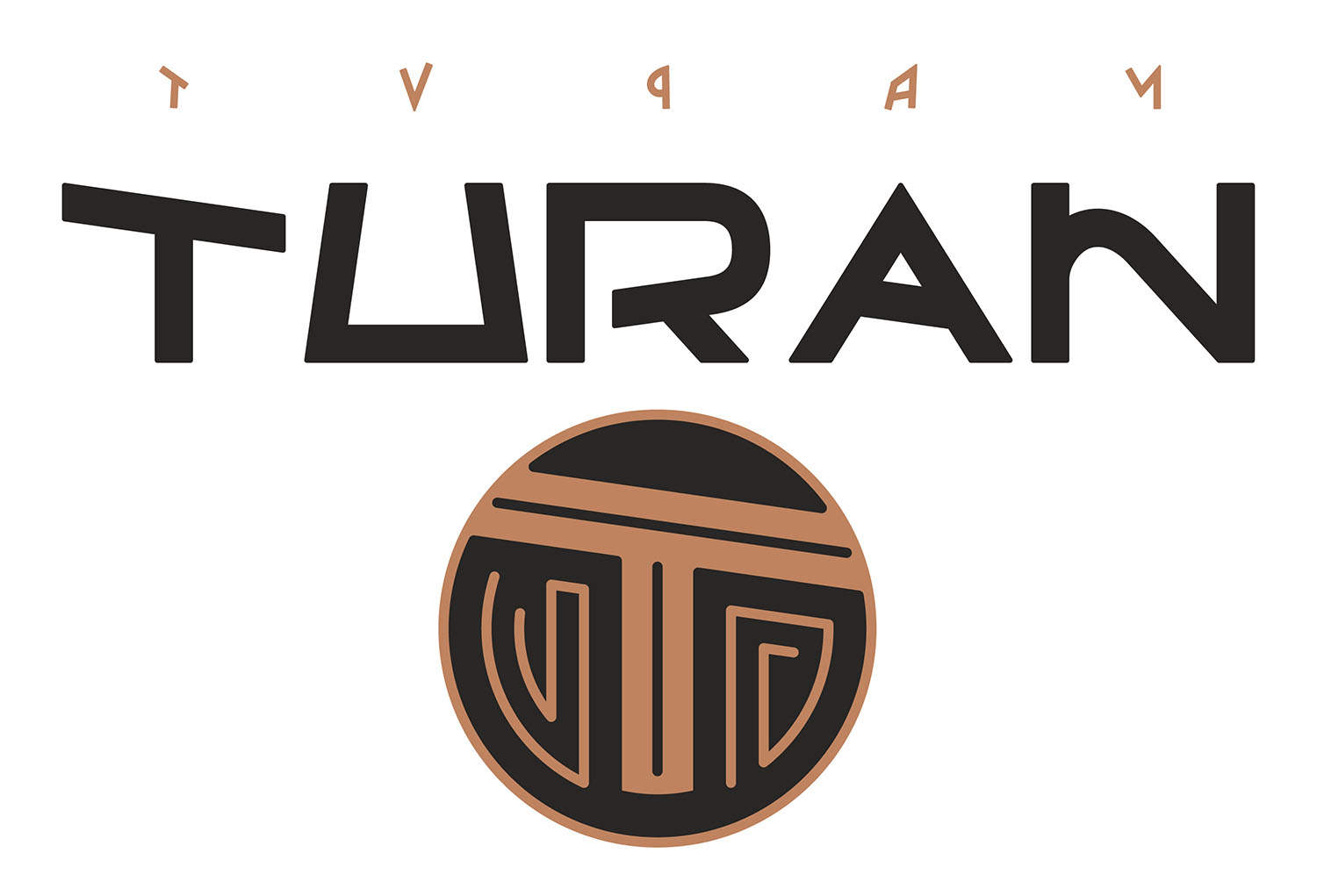 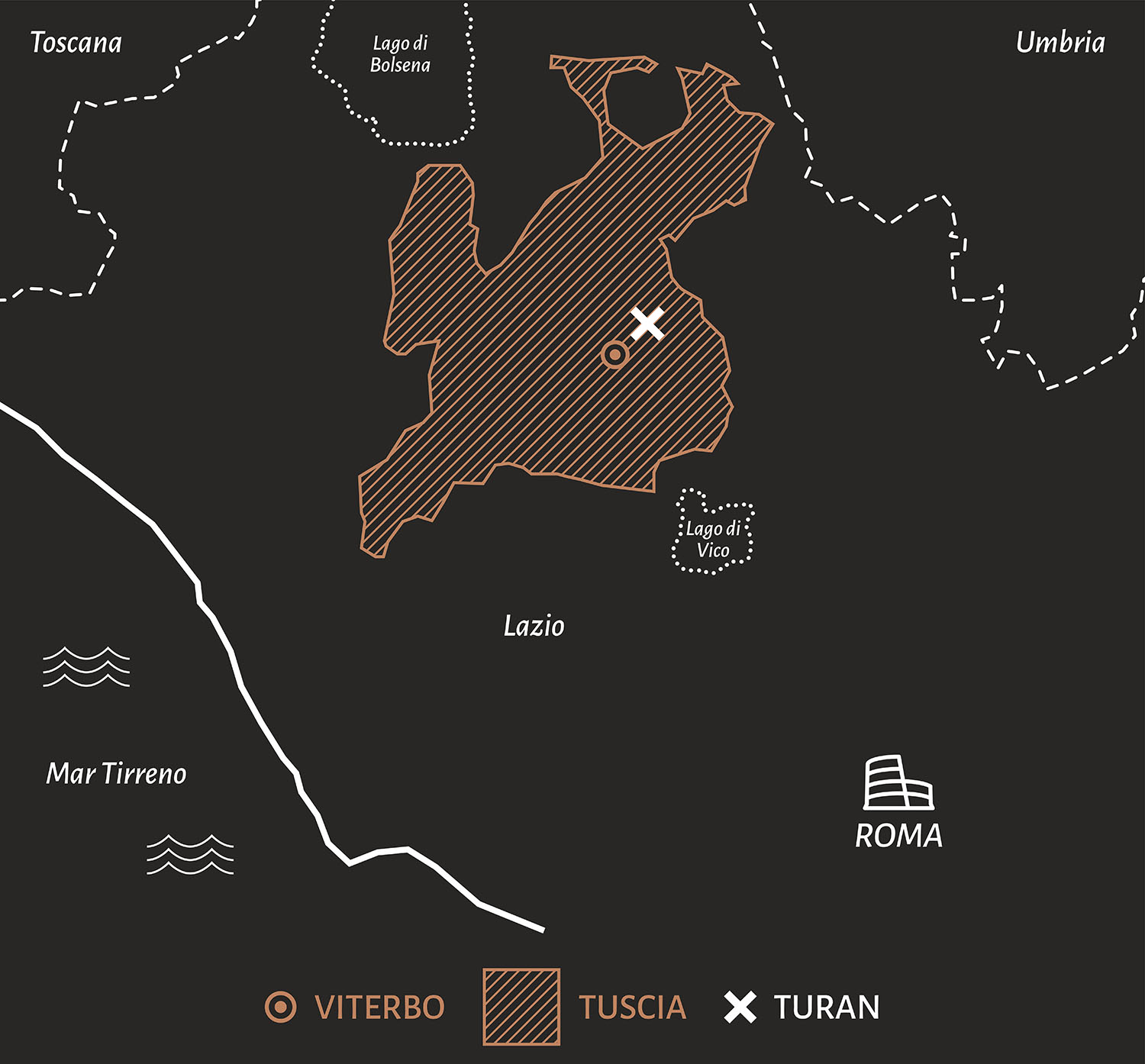 We were tasked to bring back to life Turan, a much-loved Italian craft brewery, that had stopped its production in 2018. Turan is based in Viterbo, an area in the Lazio region also known as Tuscia, rich of history, culture, myth and legend. It was the heartland of the Etruscans, the mysterious civilization who dominated central Italy before the birth of the Roman Empire. The Etruscan system of beliefs was an immanent Polytheism and Turan was one of their most important deities, being the goddess of love, fertility and vitality. The origins of this ancient civilisation are mostly lost. Historians have no literature, no original texts of religion or philosophy. The Etruscan language, which has never properly been deciphered, was unlike any other in classical Italy. 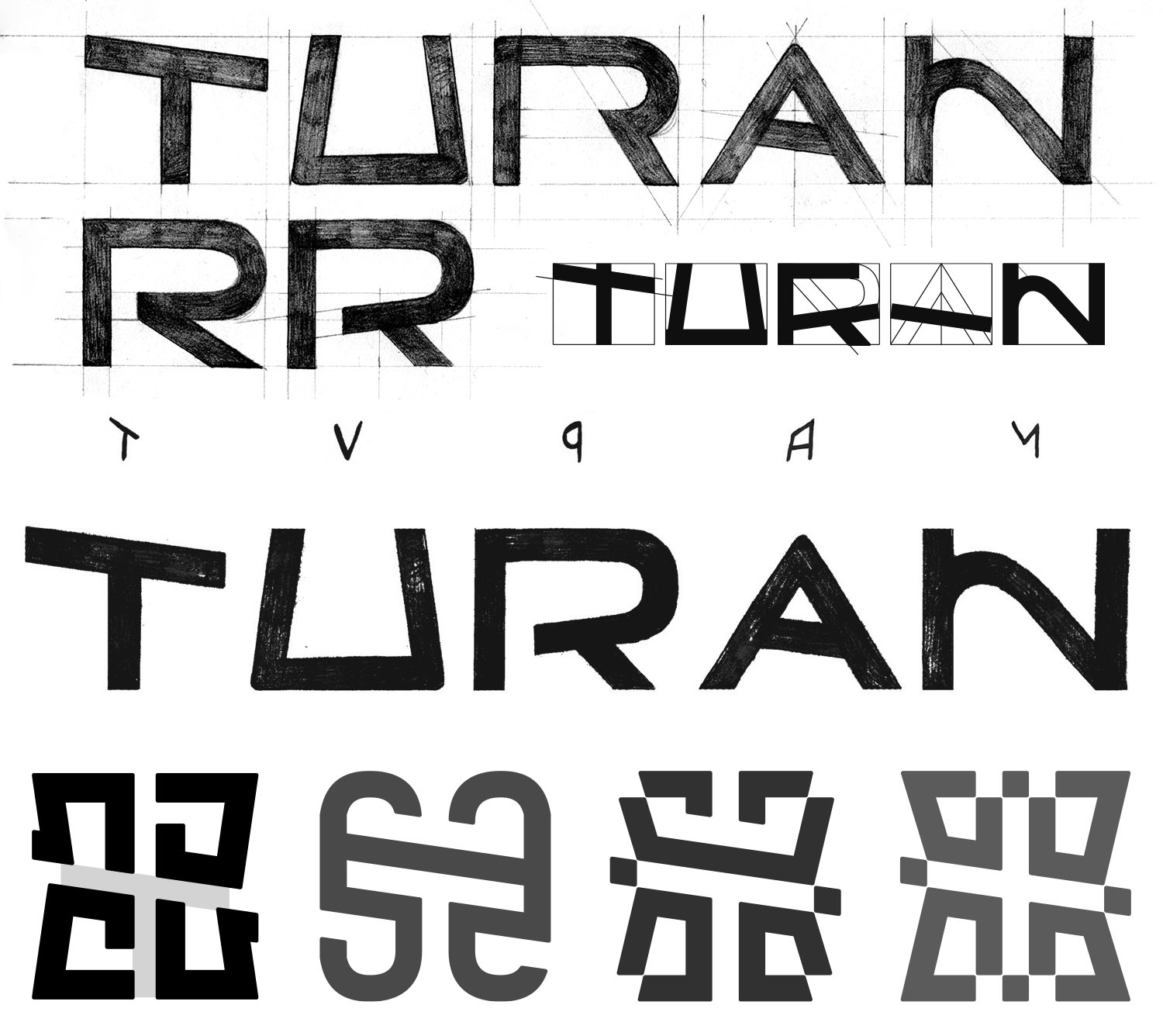 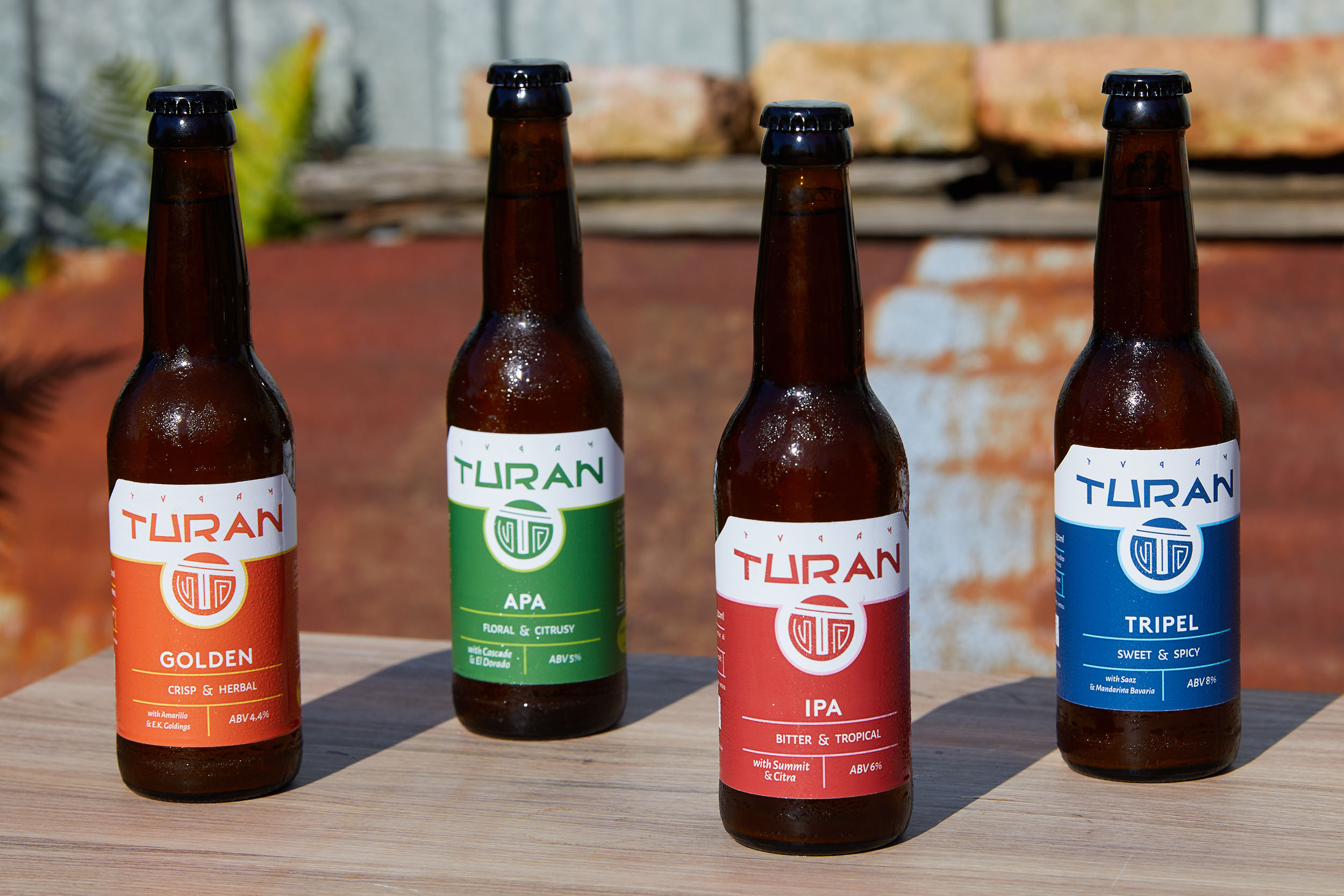 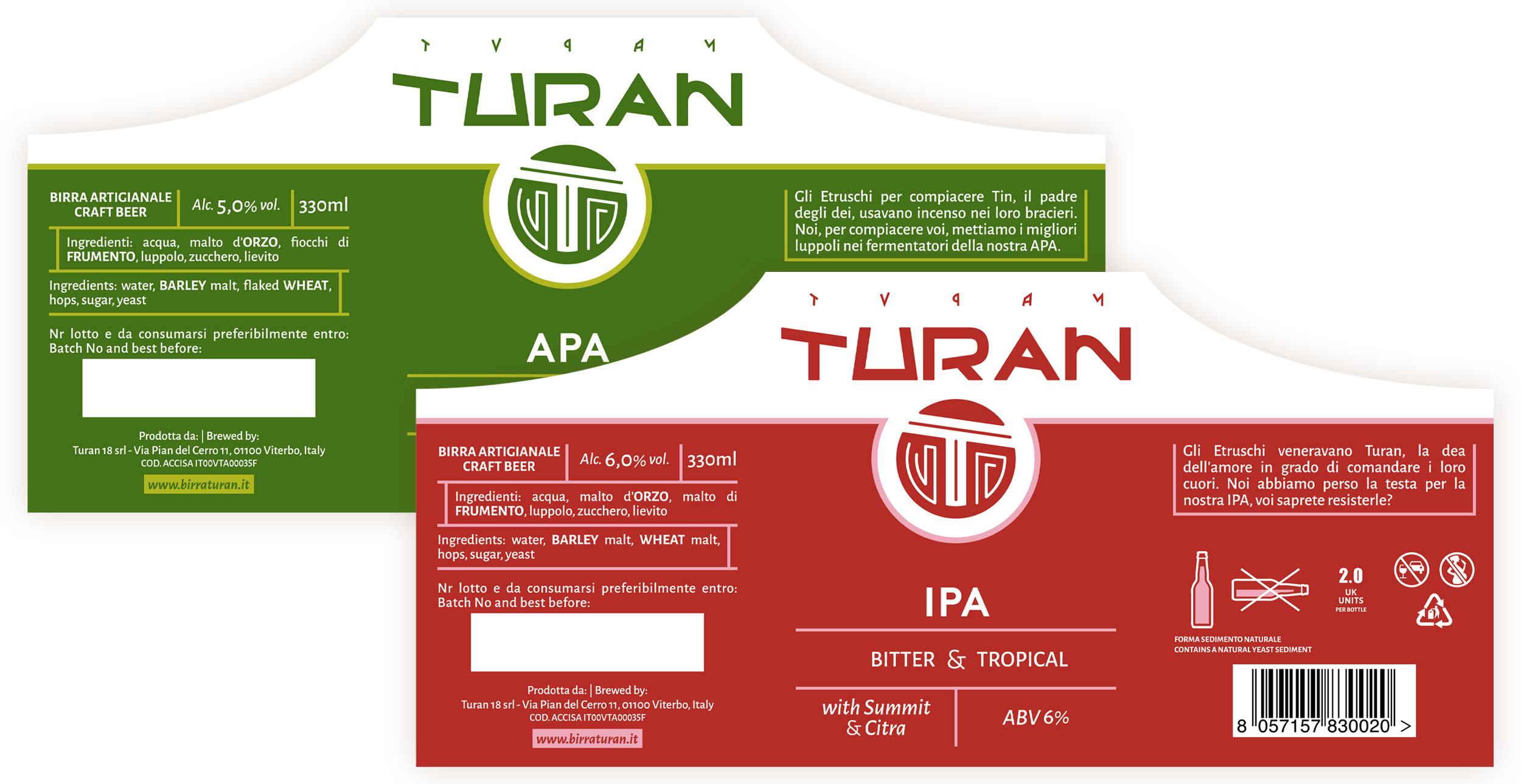 The Etruscans have long been among the great enigmas of antiquity. This fascinating combination of history, culture and mystery served as a great canvas for our work: we found inspiration in the dynamic construction of the Etruscan alphabet and in the decorative elements of their architecture. 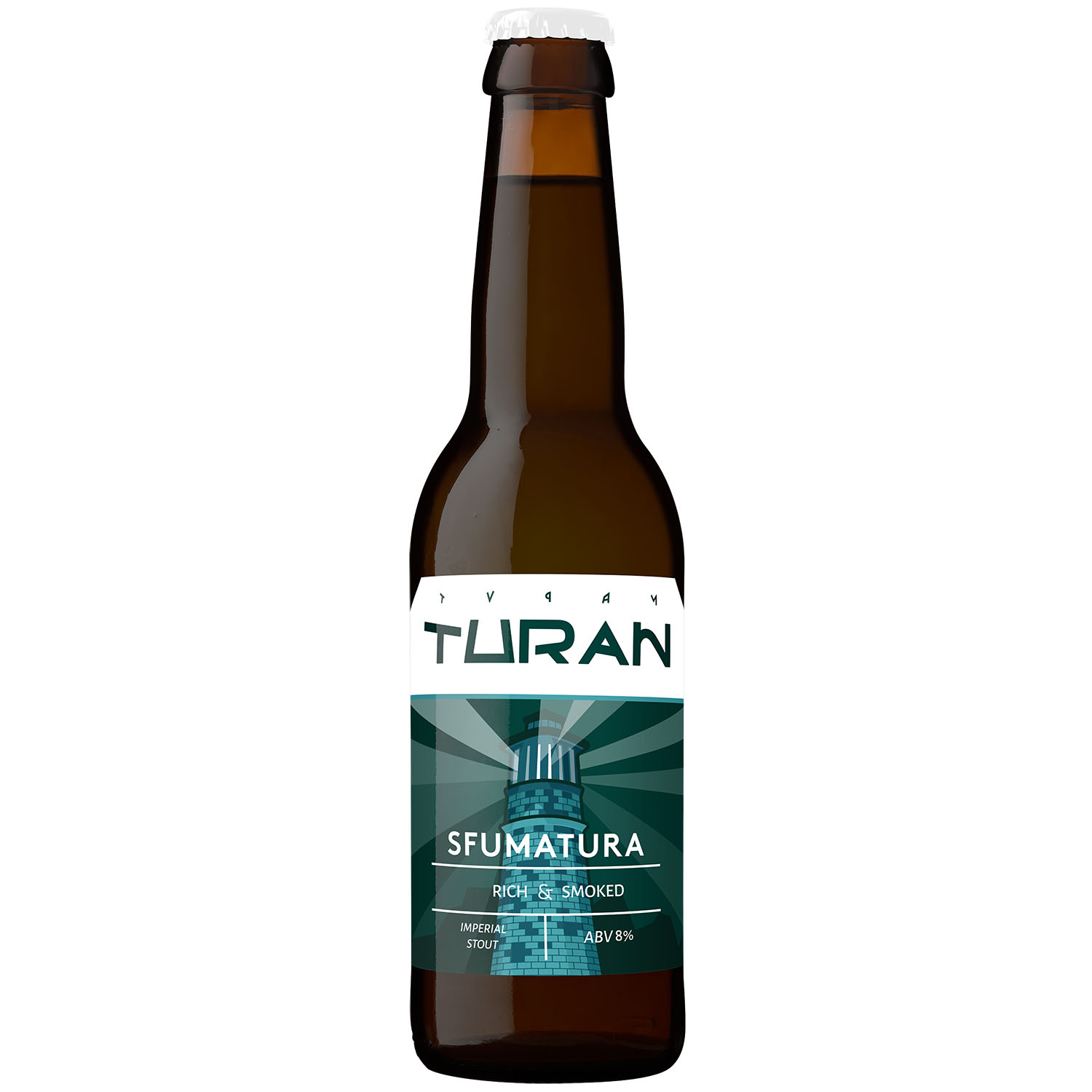 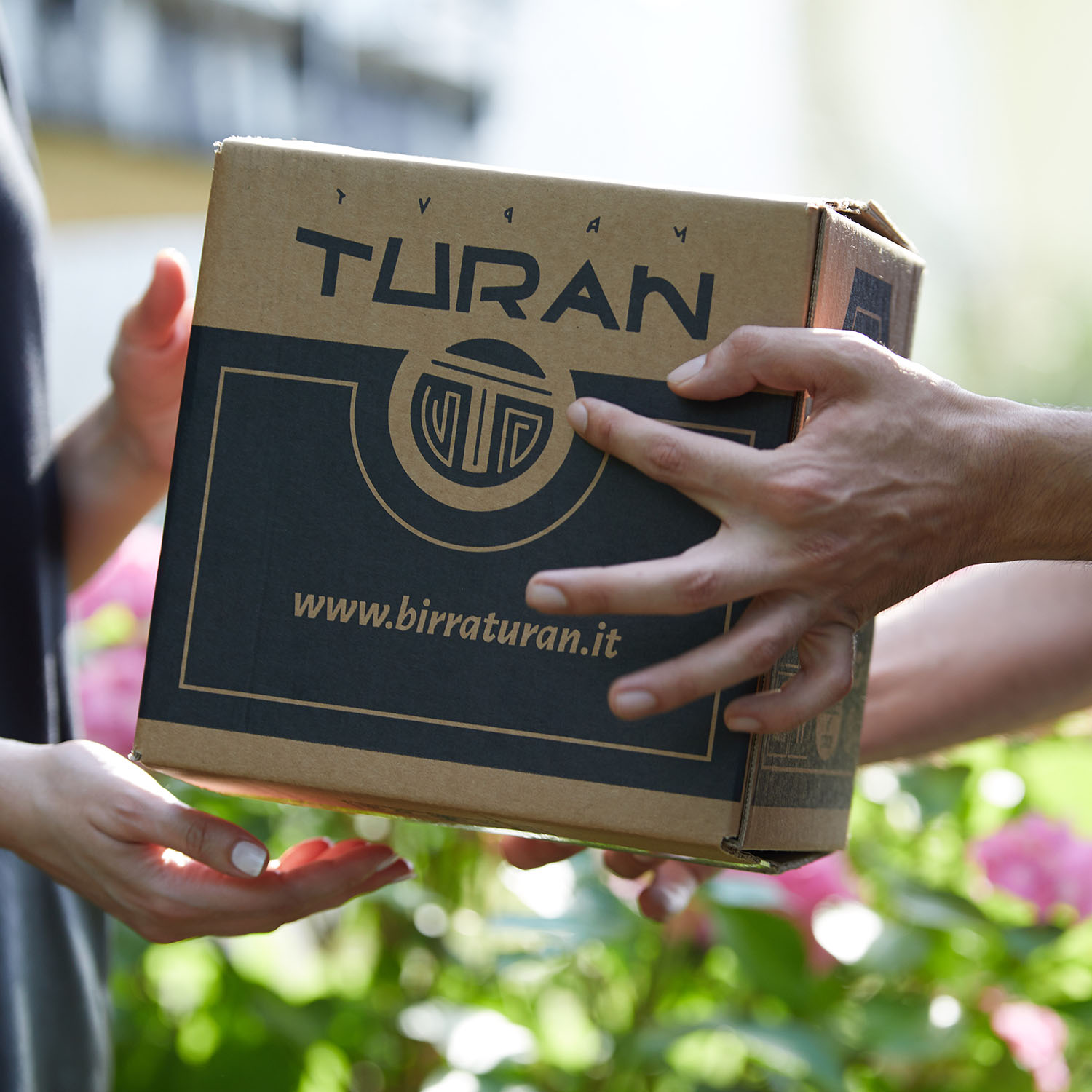 The Etruscans’ preference for terracotta and stone materials and their brightly painted art inspired the bold colour palettes. Beside working on the brand strategy, identity and packaging we have also developed a communication strategy rolled out via social media. 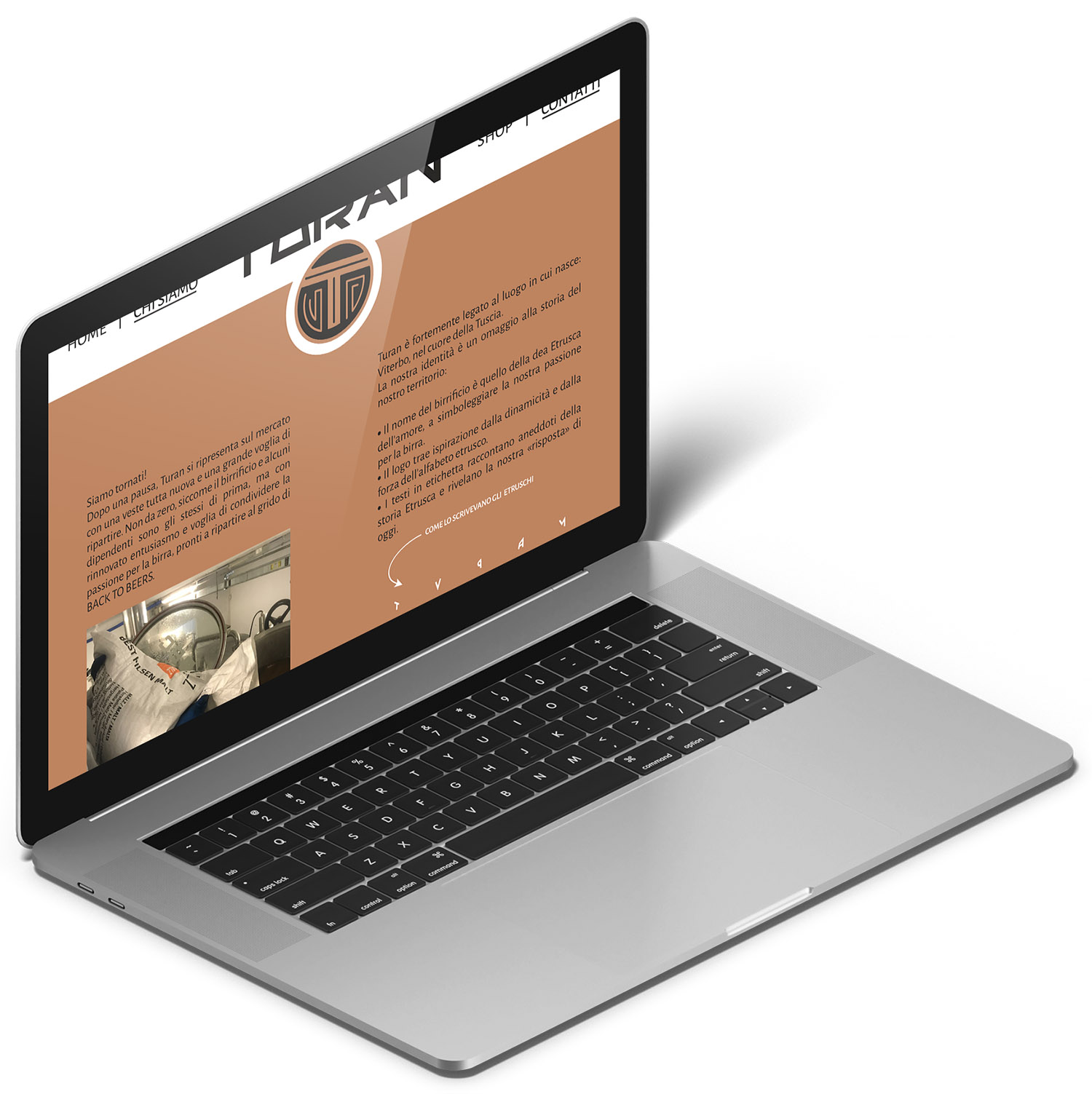 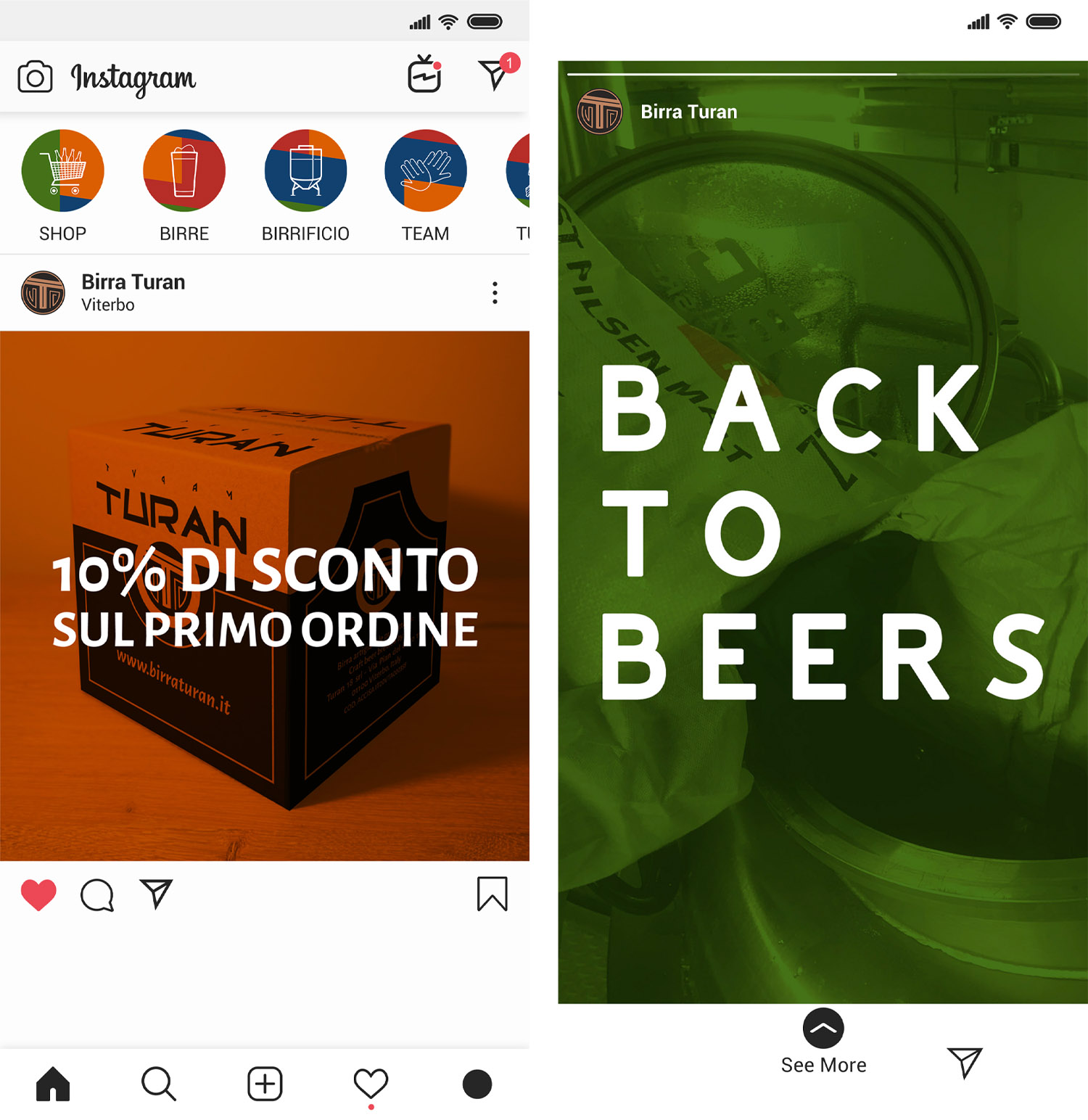 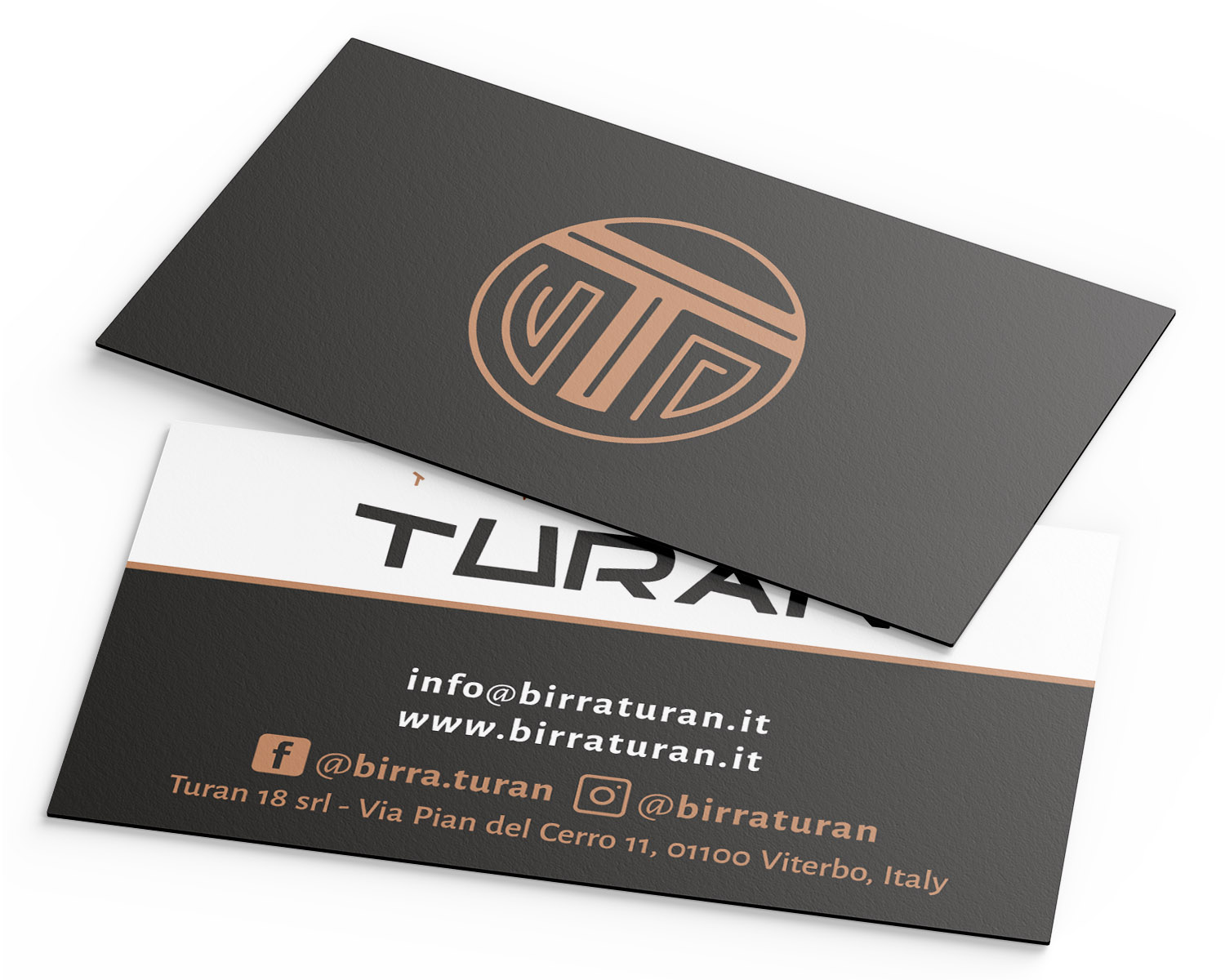 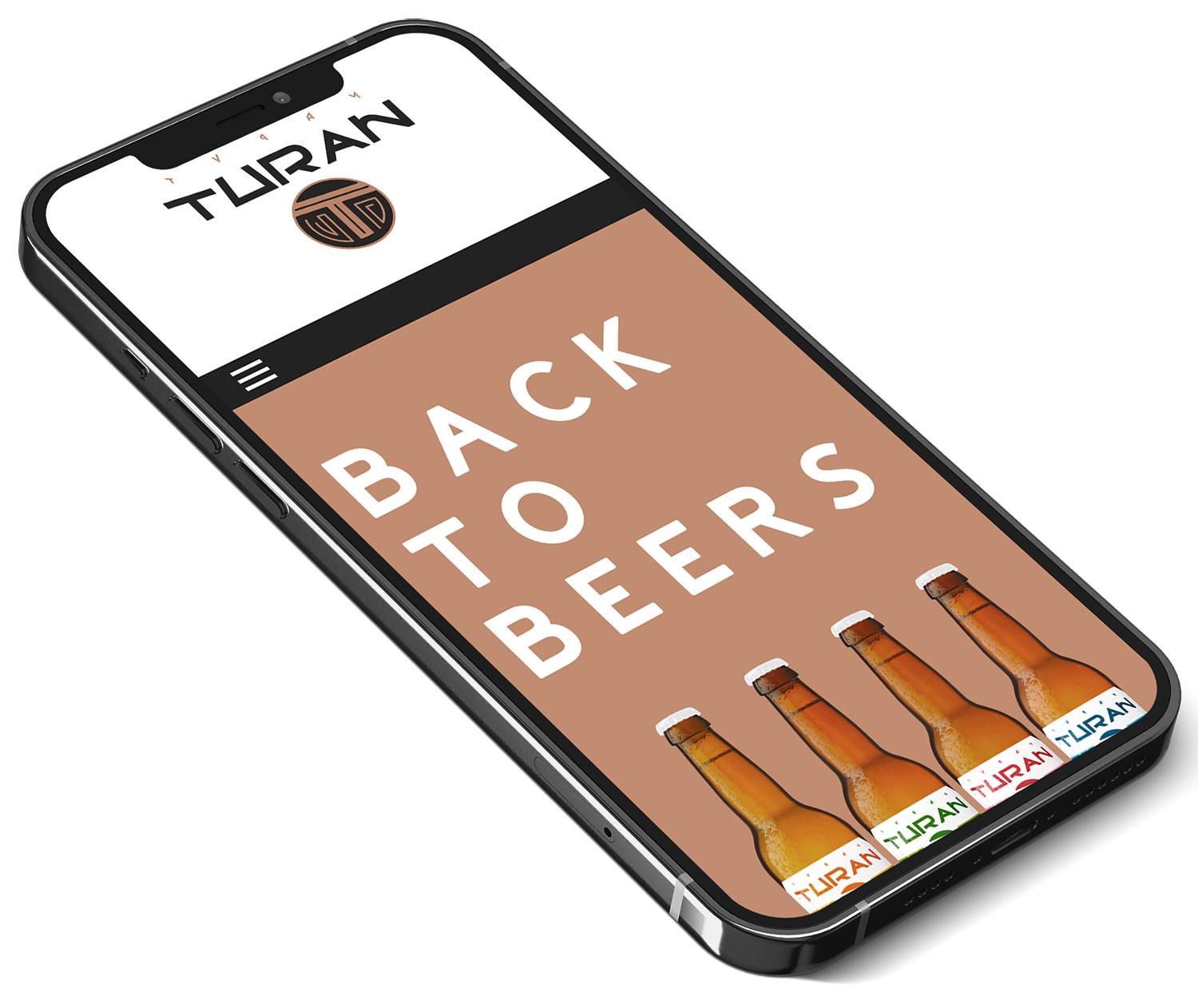